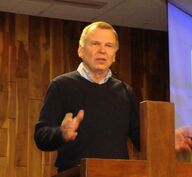 Joel Vesanen (kickoff speaker for the 2022 Missions Conference) serves as an elder of Tulsa Christian Fellowship, and is a veteran missionary, with more than 40 years of experience, including multiple trips to many parts of the world, including many restricted nations, in his work with World Compassion. He is semi-retired and still serves with World Compassion part-time, including working with those aiding refugees from persecution in Afghanistan.  Born in Finland, Joel was ordained an elder at TCF in 1986 after earning his master's in theology from ORU.  He resides in Tulsa with his wife Ruth. They have three grown daughters and several grandchildren. 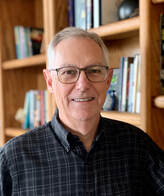 Jeff Taylor, keynote speaker for this year's conference, is the Chief of Staff of Open Doors USA, a Christian ministry dedicated to strengthening the Church in areas of the world where Christians are marginalized and persecuted for their faith.

Jeff’s travels have taken him to places where faith costs the most, often to the most difficult and dangerous areas, bringing much needed Bibles, encouragement, materials and training to suffering Christians. From the Middle East to Africa, from Asia to Latin America, Jeff has met with Christians who have suffered severely for the Name of Christ. His desire is to see churches in less persecuted countries stand with persecuted believers, to let those fellow believers know they are not forgotten, and to encourage and strengthen them to be a light for the sake of the Gospel in the darkest places.

He has served the Persecuted Church through Open Doors for more than 40 years. Before joining Open Doors USA in 2018, Jeff served as President/CEO of Open Doors International for 10 years, the ministry’s third international chief executive after its Founder, Brother Andrew, and Founding President, Johan Companjen (both of whom have previously spoken at TCF missions conferences). The global work of Open Doors celebrated its 65th anniversary in July 2020.

Jeff resides in Joshua, Texas, with his wife, Wilma. They have two sons and one grandson.