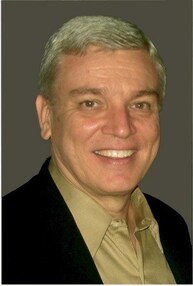 Dr. Paul Williams began his extensive career as a concerned and dedicated medical missionary after receiving his medical degree from Washington University School of Medicine in St. Louis. He completed his internship and pediatric residency at William Beaumont Hospital, Royal Oak, Michigan and his fellowship in neonatal-perinatal medicine at Harbor General Hospital, UCLA, Torrance, California. After his medical fellowship, he returned to William Beaumont Hospital as an associate neonatologist and later became the Director of the Neonatal Intensive Care Unit and Director of Neonatal Research. For fifteen years, Dr. Williams was on the faculty of the University of South Florida as an Associate Professor of Pediatrics.

He has been involved in numerous full-time medical missions since 1984. Dr. Williams was the founding director of HealthCare Ministries of the Assemblies of God World Missions from 1984 to 1994. He was the first medical director of Operation Blessing in Virginia Beach, Virginia from 1994 to 1997 and in 1997 he founded Yeshua Medical Ministries, now named International HealthCare Network, which facilitates organizations in humanitarian outreaches and ministry. Since 2005 he has been a visiting faculty member of In His Image Family Medicine Residency programs in Tulsa, Oklahoma.

As a medical missionary, Dr. Williams has felt a calling to use his medical skills and compassionate ministries as a way to express his humanitarian love for his fellow man. His real-time experiences during his more than twenty-five years in medical missions in 105 nations gives him a very unique perspective on world events and human suffering.

As an enthusiastic proponent of "hands-on" medical missionary programs, Dr. Williams has organized and led medical teams in a number of major world disasters since the early 1990s. From cyclones devastating Bangladesh, to the refugee camps created by the Rwandan Civil War, to hurricane-ravaged Nicaragua and Honduras, to the tsunami devastation in Banda Aceh, Indonesia, and to earthquakes around the world, he has been there. He has brought the healing gifts of a physician into the middle of the greatest man-made and natural disasters this world has ever known.

Dr. Williams serves on the board and/or is a consultant to numerous international mission agencies. In addition, he has been involved with more than 200 medical mission outreaches. These have included relief efforts in Bangladesh, Indonesia, the continent of Africa, Central America and various other countries. Hundreds of thousands of the medically deprived have been touched by the generous humanitarian care of Dr. Williams throughout the course of his selfless medical mission career.
Also hear from TCF's two newest missionary families, speaking on Sunday Feb 10, and Weds, Feb 13.  Their names and where they are going cannot be posted online, as they are headed for nations where sharing their Christian faith is restricted or even dangerous.

During each meeting of the conference, you can peruse displays highlighting where TCF missionaries are serving and illustrating their work.