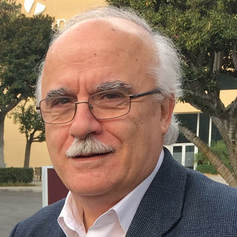 John is pastor of Arabic Baptist Church in Birmingham, Alabama.  He travels often internationally, ministering in Africa and the Middle East in conferences, in churches, and with leaders. He is also president of pclmac Products and Services, a technology company.  He consults nationally and internationally with educational initiatives and consortia, and is a frequent conference speaker in Arabic churches in the U.S. as well as overseas.

He has worked with Wycliffe Bible Translators, and as a language consultant for several missions agencies.  He also formerly served as academic dean and dean of the graduate school for Southeastern Bible College in Birmingham.  He was an Arabic instructor at Ohio State University.  He lived and worked as an educational researcher in Beirut.  He has several degrees, including a PhD in higher education administration and leadership from Ohio University, as well as an ABD from Ohio State in foreign language education and research; an MA in counseling from Ohio U., an MA in English as a Second Language from Ohio State, an MDiv from Mid America Baptist Seminary with an emphasis in theological studies and Biblical languages, and an MA from the University of Alabama in Educational Psychology and Technology.