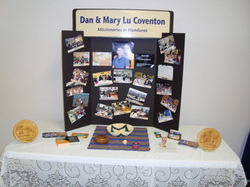 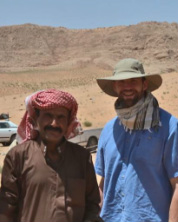 Cole Richards is Vice President for International Ministries at Voice of the Martyrs, an Evangelical Christian organization that serves, and serves with, Christians who are persecuted for their faith.  Cole leads a team of 44 missions leaders, which includes 23 nationalities and is based in 22 countries, who carry out VOM’s international ministry work.  In 2013, VOM was active in 64 nations, completing 1,232 international projects which included distributing more than 1.2 million Bibles in the world’s most difficult missions frontiers.  Cole came on staff with VOM in 2006 after living and ministering in a restricted and least-reached area of the Middle East.  He has since worked in more than 40 hostile and restricted nations in Africa, the Middle East, South and Southeast Asia, Central Asia, Latin America and the Far East.  He holds two master’s degrees: the first in missiology with focus on evangelism in the Muslim world, and the second in business administration in the context of organizational leadership.

Randy and Deanna Harrison have served as missionaries for more than 35 years, first in Zaire, central Africa, and later in France, where Randy first pastored a church on the coast of France, and later, a church about 50 miles from Paris.  They returned to Africa when Randy began teaching at FATEAC seminary in Abidjan, Ivory Coast, where he teaches and trains African pastors and future Christian leaders from many nations of French-speaking West Africa.  Deanna has served as an educational consultant and also ministers in the seminary to the wives of the students, and is in the process of earning a doctorate in missions.  Randy earned his doctorate from a French seminary.